Well done to the RAF tug of war team 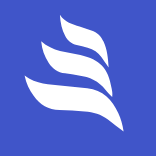 RDC Aviation
Company
Well done to the RAF tug of war team, who took part in the Inter-Services championships at RAF Marham recently.

The team delivered some credible results despite being up against the Army Women who are the current England champions, recently having competed at the World Games.

RDC has been sponsoring the team for a number of years and we are extremely proud of all they achieve.